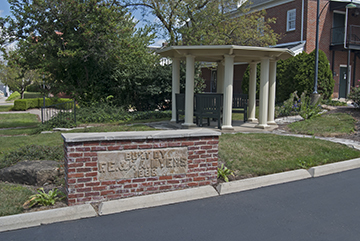 Many of the articles in the Carriage House were donated by members of the Thornburg family, most especially Robert Thornburg, who sat on our board and acquisitions team for many years.

The first floor of the Carriage House consists mainly of exhibits of industrial items from companies that served and employed Ashland residents. Myers, Faultless, National Latex, Hess and Clark, Garber's and others are featured. Did you know Ashland was once the balloon capital of the world? It's true! More balloons and playballs were made here than anywhere else in the country for a time.

The first floor is home to several interesting items that reveal something about famous people from our area. For example, we have two of the 30 admission tickets for the last hanging to take place in Ashland County. The second floor is largely taken up with the Thornburg Insect Collection. It is, as far as we know, the second largest collection in the United States.

"The Cabin" is also on the second floor. Our wonderful volunteers have worked so hard to recreate the inside of a cabin, complete with a rope bed, fireplace, and items from the home of the Carters, one of the first families to settle here 200 years ago. The Thornburgs were descended from the Carters and donated those items to us.

Photos of the Carriage House 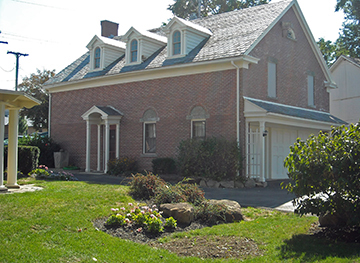