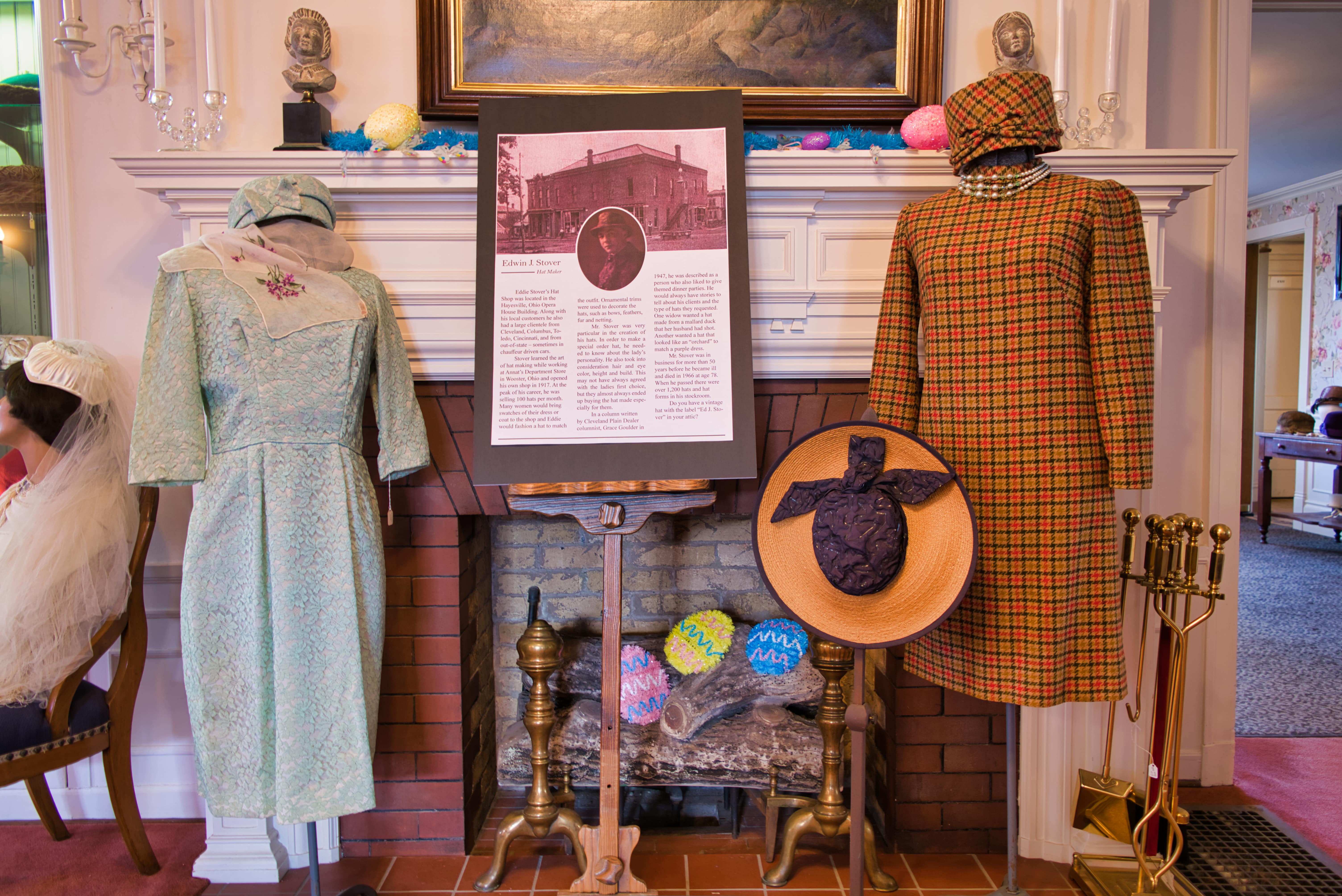 Milliner to the Stars


Eddie Stover’s Hat Shop was located in the Hayesville, Ohio Opera House Building. Along with his local customers he also had a large clientele from Cleveland, Columbus, Toledo, Cincinnati, and from out-of-state – sometimes in chauffeur driven cars.
Stover learned the art of hat making while working at Annat’s Department Store in Wooster, Ohio and opened his own shop in 1917. At the peak of his career, he was selling 100 hats per month. Many women would bring swatches of their dress or coat to the shop and Eddie would fashion a hat to match the outfit. Ornamental trims were used to decorate the hats, such as bows, feathers, fur and netting.
Mr. Stover was very particular in the creation of his hats. In order to make a special order hat, he needed to know about the lady’s personality. He also took into consideration hair and eye color, height and build. This may not have always agreed with the ladies first choice, but they almost always ended up buying the hat made especially for them.
In a column written by Cleveland Plain Dealer columnist, Grace Goulder in 1947, he was described as a person who also liked to give themed dinner parties. He would always have stories to tell about his clients and the type of hats they requested. One widow wanted a hat made from a mallard duck that her husband had shot. Another wanted a hat that looked like an “orchard” to match a purple dress.
Mr. Stover was in business for more than 50 years before he became ill and died in 1966 at age 78. When he passed there were over 1,200 hats and hat forms in his stockroom. Do you have a vintage hat with the label “Ed J. Stover” in your attic? 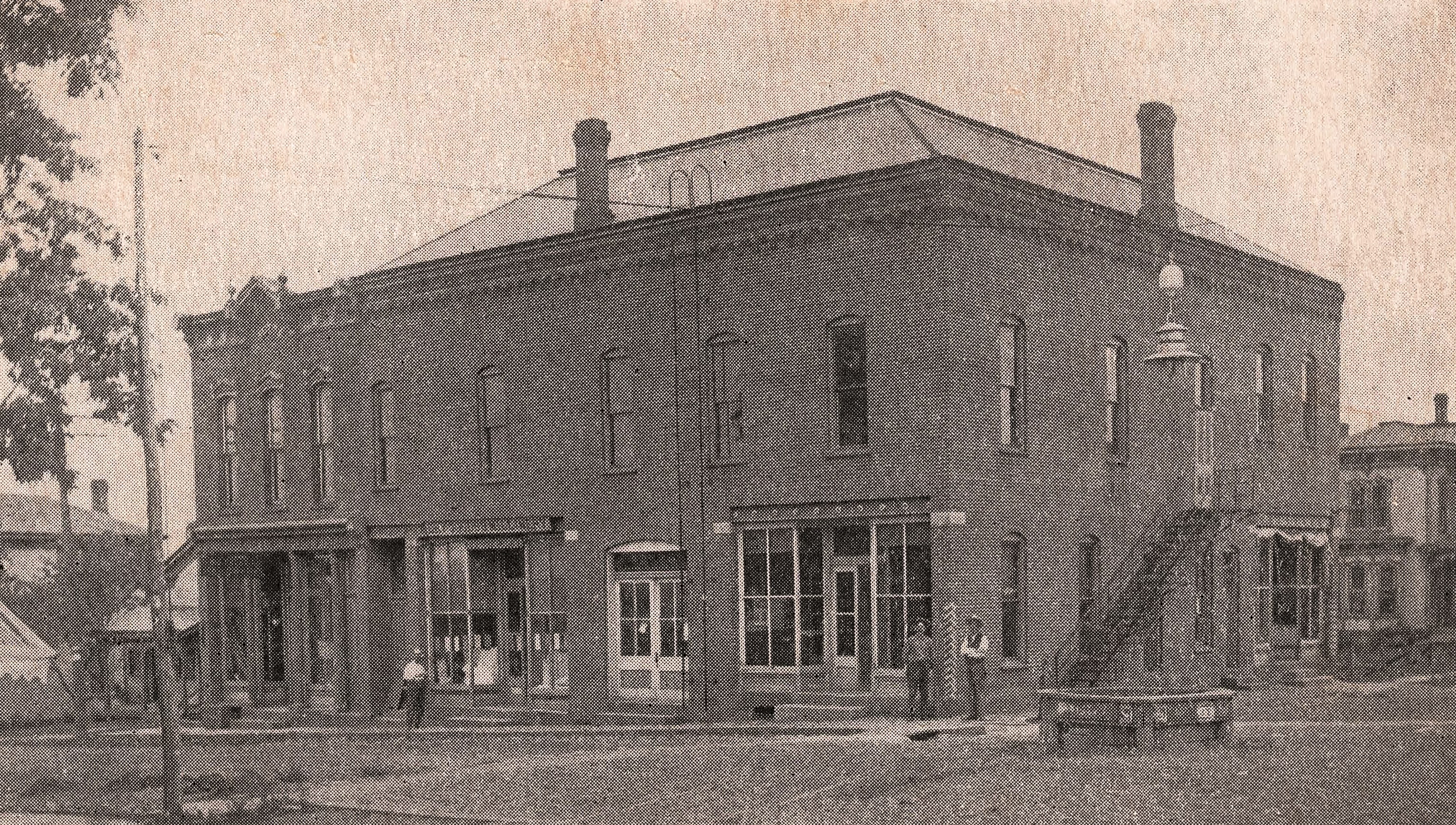 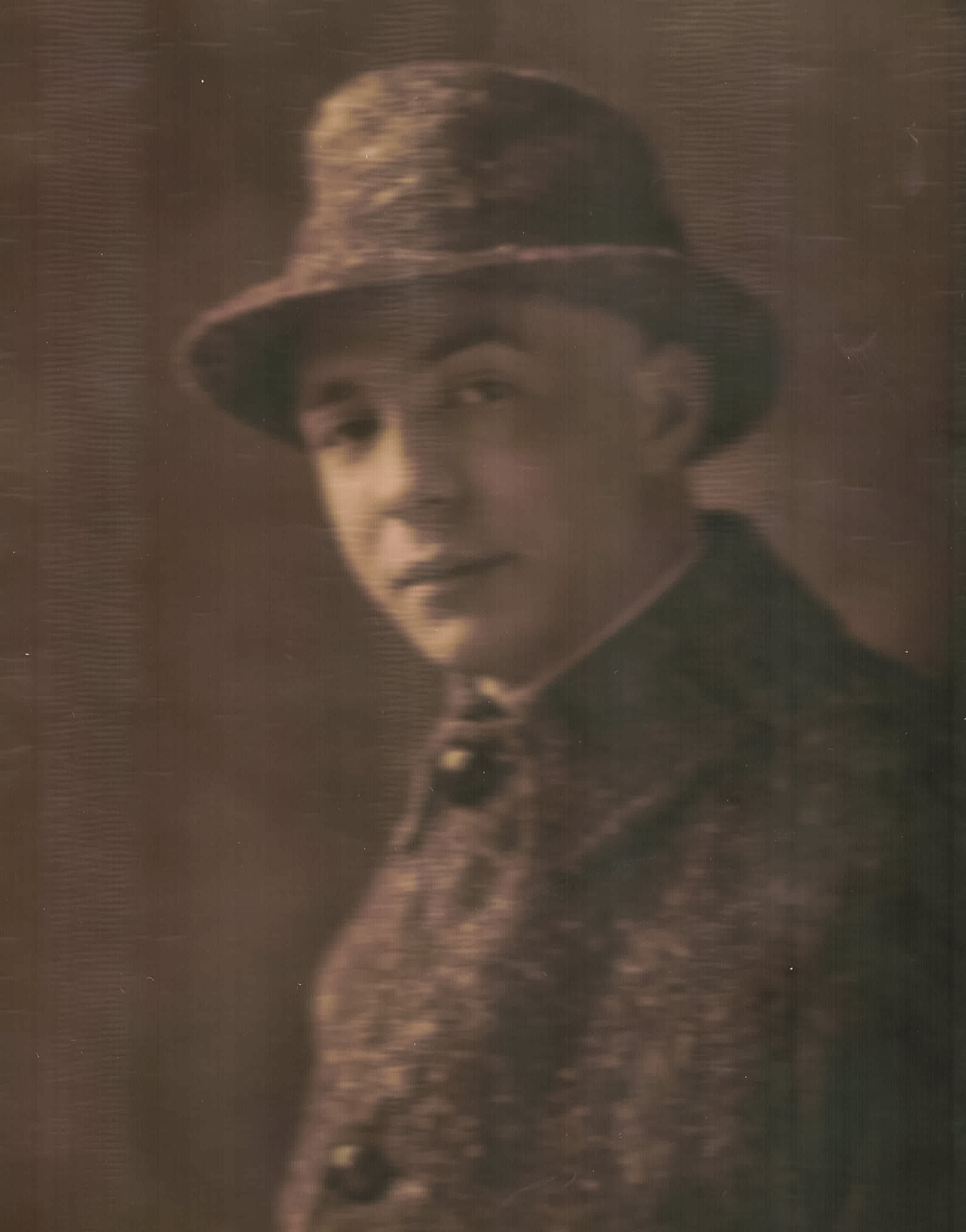