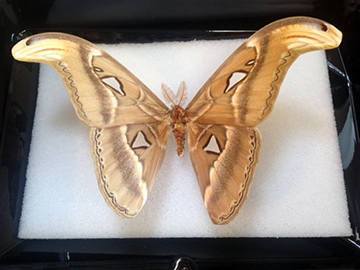 As part of the Thornburg Natural History Museum inside the Carriage House, the Ashland County Historical Society has been most happy to display what is believed to be the second largest insect collection in the United States.

Thomas Thornburg was born May 3, 1861 in Ashland County and developed an early interest in entomology. By the age of seven or eight years old, Thomas started collecting insects. This interest continued for the next 70 plus years.

In 1939, he donated his collection to Ashland High School. Unfortunately, the school ran out of space, and the collection was transferred to the College. It was kept in the Carriage House when the College owned the property.

The collection contains 13,000 specimens. Some of the insects date back 150 years. There is one insect labeled by Dr. David Livingstone, the well-known explorer of Africa. The really amazing part of the story is that Thomas Thornburg never left the United States. He did all this collecting by getting involved with other collectors and writing to them and trading insects with them. In fact, years after his death, his children and grandchildren would still receive letters at the family farm asking if they could spare a certain ant or orchard bug, and they would send one of the children to get one, process it and send it to the collector.

Robert Thornburg, Thomas' grandson, later gave many other items that had belonged to the family to the Museum. We cannot display all 13,000 insects at once, sadly, but we do change out the cases every so often to "change up" the display. 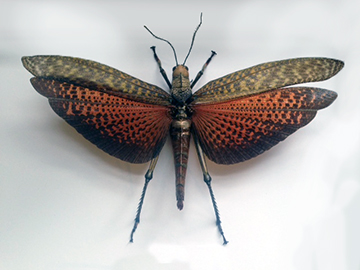 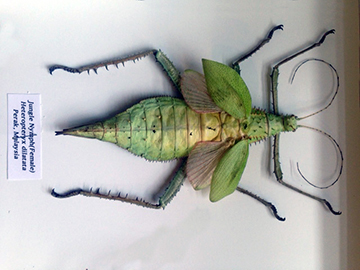