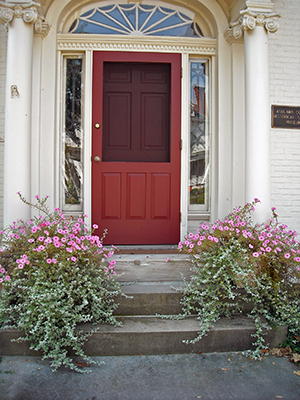 Dr. J.P. Cowan, a physician and member of the Ohio State Legislature and United States Congress, had the Manor House and accompanying Carriage House built in the 1850’s. Its stately appearance, thick walls and high ceilings made it a landmark, and possibly the first brick house built on what would later be known as Center Street. The house has been enlarged and remodeled several times–in 1906, 1920 and 1958.

In 1906, P.A. Myers bought the house as a wedding gift for his son Guy and his bride Kate Moore. Several members of the Myers family occupied the home in the years following till Kate Myers donated it to Ashland College to be used as the President’s home.

In 1981, after the generous people of Ashland County supported a fundraising drive, the Ashland County Historical Society was able to purchase the house and grounds. 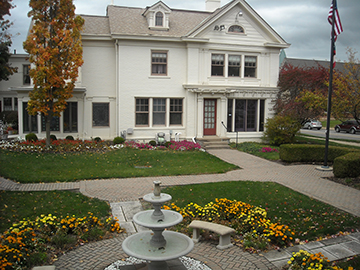 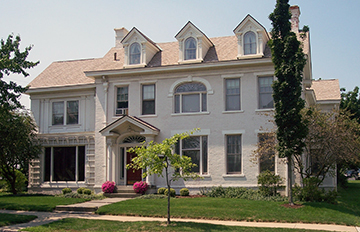